The wheelchair that will change a child’s life 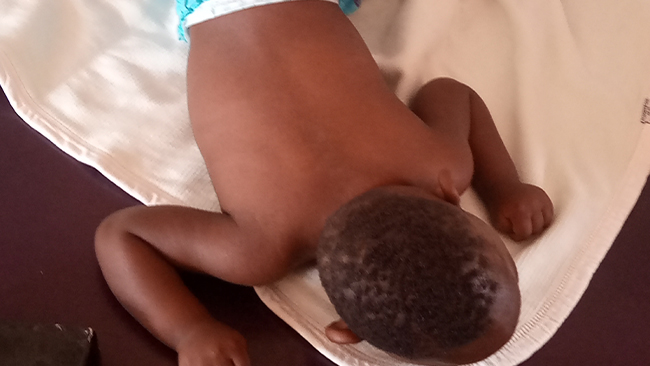 Jabez was born in a small remote Ugandan village in 2020. It was a complicated delivery. A loss of oxygen during the birth means Jabez now suffers from cerebral palsy and epilepsy.

But there’s a problem

Jabez is well loved by his community, but there is only so much they can do. Jabez is unable to walk or feed himself, and his young mother does not have the resources to provide the complex care he needs.

Currently he has only a rocker and his mother’s arms to rest in.

If nothing changes for Jabez, he will not be able to get an education and will not enjoy any kind of a future.

Here’s what we’re doing about it

In April 2022, CreateCare Global were able to raise funds to have Jabez assessed by a physiotherapist. The report showed that Jabez is developing scoliosis as a result of having no seated support.

Jabez needs ongoing medical support, but initially he must be provided with a wheelchair and a walker to reduce his scoliosis and the painful contractures of his muscles. 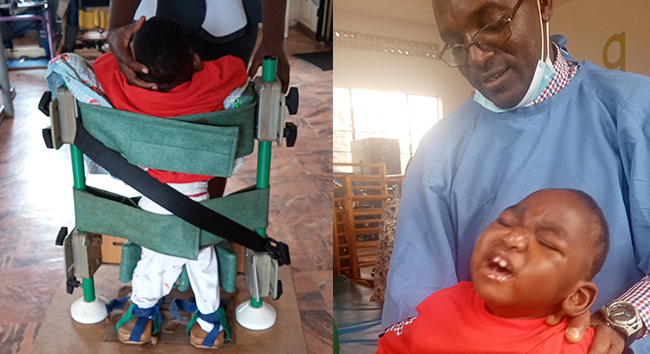 You can join us

We have sought funding through a crowdfunding campaign for a wheelchair, and a walking frame which will allow him to participate in village life and go to school.  So far we have enough for the walking frame, so we are continuing to ask for donations.

Every dollar you donate will work towards changing Jabez’s life, and that of his mother and community.

It changes more too

Jabez’s plight has opened a door to many opportunities to help children like him.  There are more than 2 million children born with cerebral palsy in Uganda.  Currently we are in dialogue with several not for profits about how we can collaborate to have multiple small acts with a big impact on the lives of these children.

And here’s an amazing benefit for supporting Jabez

You will witness the unfolding story through videos and photos of Jabez in his walker in June.  We will continue to post evidence of your support as we receive more funds and of the results of the combine work of all those collaborating to make a difference in the lives of children like him.

Please join us in our Small Acts, Big Impact facebook group, where we share the stories and the photographs and you can meet the wonderful people on the ground who are helping the children.

The uniform that changes lives